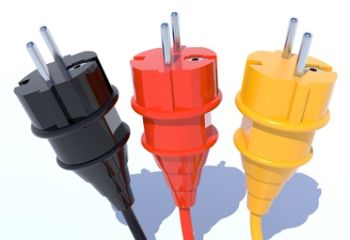 "How do you eat an elephant? One bit at a time." This saying makes the four major energy        companies in Germany no longer laugh. Indeed, local governments are capturing more and more value all along the supply chains of electricity, gas and district heating because of the wave of remunicipalisation, i.e. the "return to the local and neighborhood scale in which the industry's early history is rooted" prophesized by Amory Lovins in Small is profitable.

To what extent does the strategic intent of these new entrants change the rules of the energy market? What does this energy transition really mean for consumers?

In the period up to 2016, around two thirds of all German communes are considering buying back both electricity generators and the distribution networks. Hamburg, the second biggest German city, had already set up in 2009 a public retailing firm selling only green energy and plans to buy back before 2015 at least 25% of the shares of the local electricity, gas and heating net-works.

The two main motivations of such cities are:
1.    To create more value for the citizen through general interest services
2.    To generate new incomes for the municipality

Whether to reach environmental and economic goals or to develop new services in the city like electro-mobility or smart homes, it seems of paramount im-portance to many municipalities to have a significant influence over the energy supply. For example, the Hamburger public retailer shows its intent to create value by promising that, within five years, it will locally produce 50% of the energy consumed by its clients. In France, such local public utilities are fewer but some are popular because of their value offer. For instance, Electricité de Strasbourg manages to profitably supply in energy almost 500.000 customers by emphasising on the proximity, enhanced services and sustainability.
Moreover, a decentralized and smart approach should correct what Amory Lovins calls "diseconomies of scale" lying in "enormous difference of scale between most needs and most supplies" and, thus, ensure an affordable energy price.
The second widespread justification is the generation of additional income for the municipality. Around three quarters of remunicipalising cities experience an alarming budget situation and half of them want to reduce their debt level through a successful remunicipalisation process.
In a nutshell, the idea of the energy as a service is at stake in this transition led by municipalities.

Yet, municipalities need to have adequate com-petences and structures to enter successfully the energy market. This hurdle lets many institutions warn against misuses of public money and, therefore, question the effectiveness of the transition at work and the role of municipalities as energy providers. For example, the German monopoly commission announced in September 2011 that it "recognized no welfare advantage in remunicipalisations" . Indeed, it is obvious that deciding to produce, distribute or sell energy is not enough to increase the local welfare services. The acquisition of structures, skills and even customers can be a real challenge. The Hamburger public utility was in 2009 depicted by the tabloid Bild as "the flop of the year" before making profits in 2012 by achieving to attract a critical mass of customers. The following chart shows how complex the equation is for new entrants in the electricity distribution market. 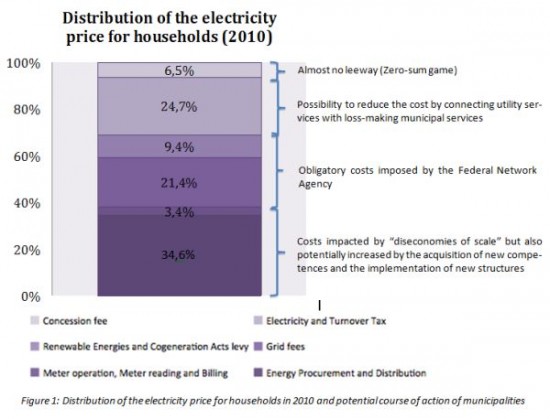 In several cases, the risks linked to upfront   investments and operating expenses exceed expected benefits. In Hamburg, the debate is about whether the city should invest in 2015 more than €2bn to buy back all of the local energy networks or around €500mio to purchase 25% of them. Yet, Hamburg is the third most in-debted state in Germany and has decided to save €1.3bn between 2010 and 2015 to reduce its debt level. If the costs are beyond the gains, the municipal action could be twice counterproductive. The citizens would get poorer because of rising energy prices while the debt level of the already indebted city could also grow.

Nevertheless, if there is such a trend for remunicipalisation, it is also because final consumers are often at the onset of it. For instance, in 2011, 116.197 Hamburgers required a referendum for a complete acquisition by the city of the local energy networks. Similarly, many Berliners required such a referendum despite the disapproval of the Berliner Chamber of Commerce. German citizens naturally also have the possibility to follow up their involvement through local polls. 60% of remunicipalising cities imagine going further by implementing a participatory budgeting system. This system enables citizens to set the priorities for the local public company and to decide about its spending. More-over, as several cities are seriously indebted, they also imagine issuing shares to citizens.

Citizens have far more decision, supervision and pressure means with local public utilities than with pri-vate companies. It results in a better customer percep-tion in terms of reliability, responsibility, transparency, and customer intimacy. Consequently, while only 26% of Germans trust corporate groups, 81% trust municipal companies. 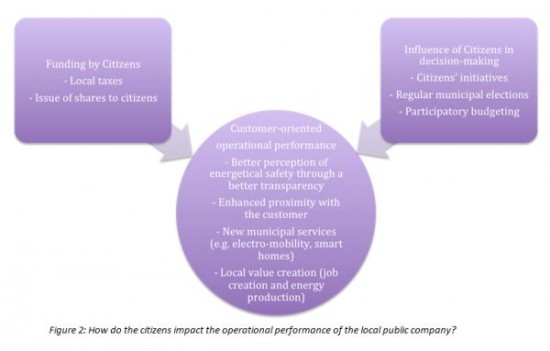 In addition to an affordable energy, customers expect more and more quality, services and solutions. Remunicipalisations are a way for them to orient to a certain extent the production and the supply of the energy they consume. In "Who Says Elephants Can't Dance?", Louis V. Gertstner, former CEO of IBM, explains how he achieves, in a context of decentralization of the IT industry in the 90s, to reengineer his company by putting forth services and withdrawing "Big Blue" from its traditional market. Should utility companies engage in such a strategic move in order to survive in a market where the customer is taking the power?